Every Home Has Some Issues...

You're buying a home and one of the first things you do is order a home inspection, here are four of the most common items on a home inspection. The first thing to keep in mind is that every home inspector is different and most have a particular favorite repair concern  they like to point out. It is very possible that if you had three home inspectors inspect the same house you would get three very different reports. The main factor but certainly not the only one when getting results from a home inspection is the age of the home.I say not the only factor as an older home that has been very well maintained can be a much better buy than a newer home that has been abused. Typically an older home is going to have more issues that need to be addressed, they could be minor such as some loose shingles or major such as a new roof. So lets start with the roof.

As the main source of protection for the house you can expect the roof to take a beating and there are a number of factors that come into play when looking at the life span and condition of the roof. The first is the quality of the shingles and how long the expected life of the shingle was when installed. Shingles come with 20, 25, 30 even 50 year warranty but there's a lot more to a roof than the shingle and the warranty. The shingle is just one part of the structure of the roof and how the roof was installed plays a big role. Ventilation, decking, water dispersement all factor into how long a roof will function as planned.  The home inspector should make a note of any concerns they find with both the shingles and the structural components in the attic. They will be looking for water stains which could indicate a current or previous older leak. 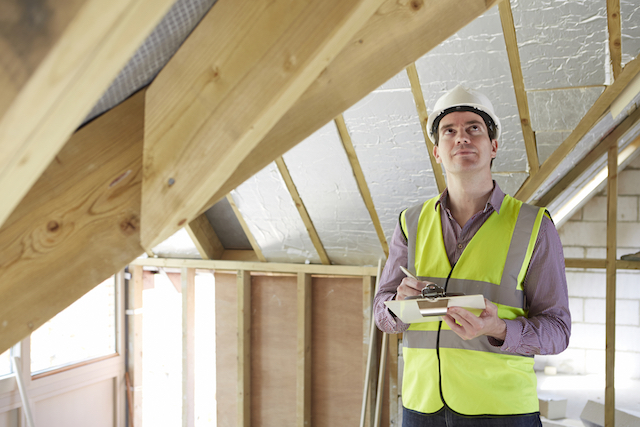 Mold or wood rot due to poor ventilation and missing or damaged shingles. It's important to remember that even if the roof looks old and may be beyond the warranty period, if it is doing what it was originally intended to do...i.e keep the house dry then the seller is not obliged to replace it. You are also not obliged to buy the house either. One of the biggest factors that determines the life span of a roof is the location of the home. If there are a lot of trees near the house they can cause damage as branches fall on the roof, leaves can clog gutters sometimes obstructing air flow or water damage. Weather patterns will effect how long a roof lasts, wind, hail, heavy rain are all detrimental to a roof. Coastal properties will have separate roof concerns due to the salt air, wind, water and sand.

It is very common to have repair issues with the HVAC unit, even newer models can have some problems that often times the homeowner was not aware of. Here in the central part of North Carolina the most common heating and air conditioner unit is a heat pump with central air. These units come with emergency heat strips which are very expensive to run and when you see your electric bill double one month there's a good chance that the unit is broken and running off the heat strips. Depending on the time of year the home is being inspected plays a role as in the summer the heater will not be in use and visa versa in winter time so there may be an issue that would not be evident until the weather changed. 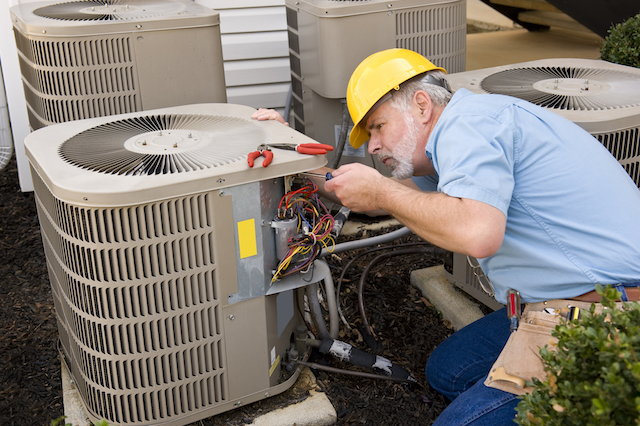 It's a good idea to check the filters on the HVAC unit first as this can sometimes give you an indication of how well the homeowner maintained the unit. A well maintained and regularly serviced HVAC unit will last much longer than a unit that has been neglected and abused. Repairs to the heating and air conditioning unit can be costly but should be required. As in the case of the roof the unit may be old but functioning as intended but they only last so long.

Windows and doors get a lot of abuse in a home and so it's fairly common to find issues with them. A common repair item is a broken seal in a double pained window, you will notice the window is cloudy compared to other windows. While this will reduce the effectiveness of the window in energy lost it is not considered to be extreme. There are companies who can repair the seal without replacing the window which would be overly costly and not worth the cost.

Windows can be exposed to severe temperature changes both inside and out over the course of a year and as such are susceptible to shrinking and expanding and this can result in cracks and splits which may allow moisture to get in the frame. Crumbling wood near a window or door frame is a good indication water is getting in. With doors the issue is usually when the latch bolt is not lined up with the strike plate. This could be a result of the home settling over time or simply from use. A minor repair once you know the cause but definitely annoying.

Most homes have a network of pipes and tubes, fixtures and connections associated with the plumbing in the house. So it is not uncommon to find issues along the way. It's important to know that certain homes may have plumbing fixtures that have been found to be defective and can cause serious water damage should they fail. The type of piping used can vary by region and age of the home. Even products that are not found to be defective can simply wear down over time. 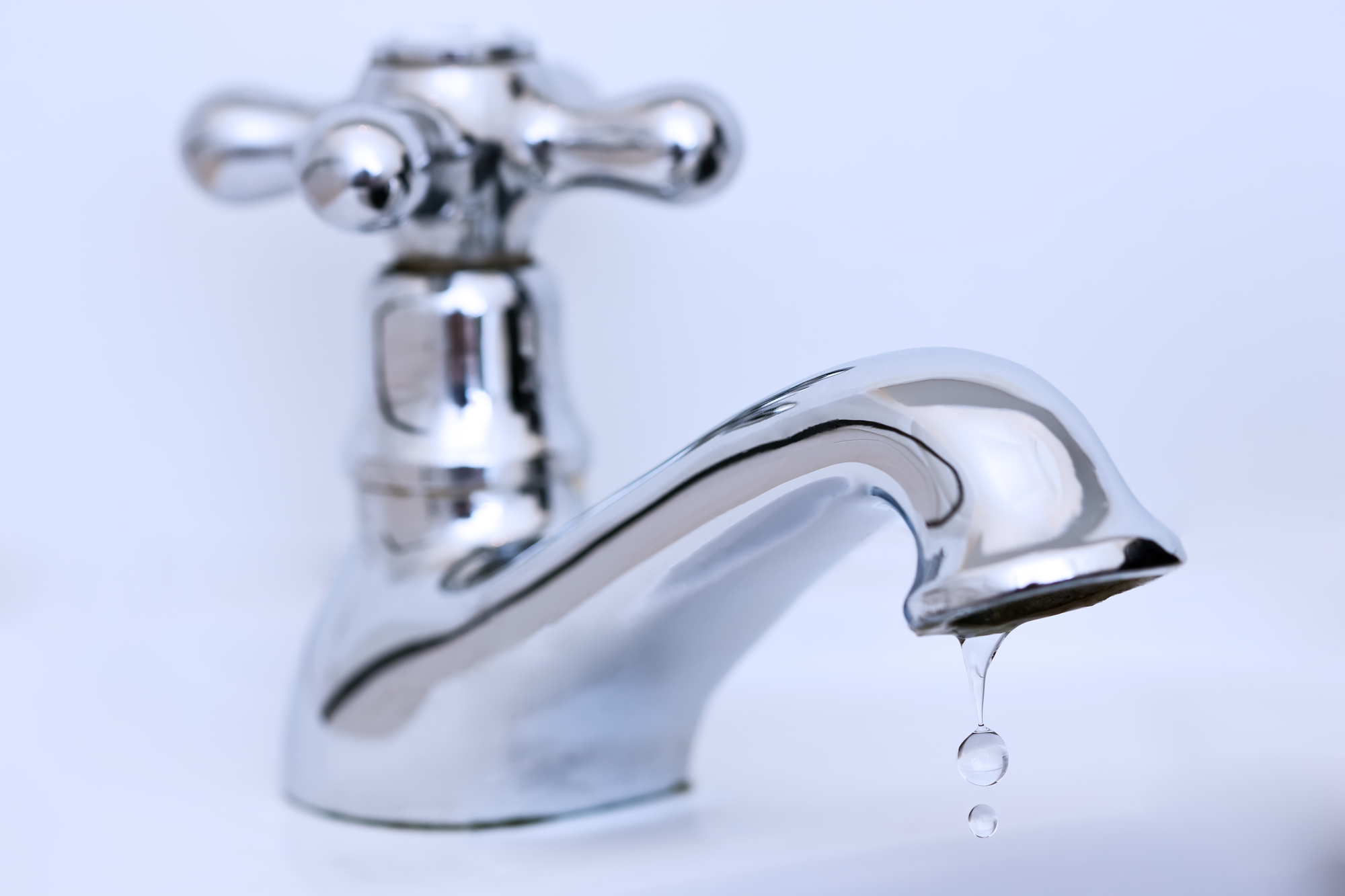 A small leak under the house or even in the attic can go unnoticed for quite a while, the result could be either insignificant or quite serious. Water stains in the ceiling of rooms need to be explained, if for example the house has a new roof the water stain may have been a result of the old roof and therefore should be no longer a concern. Hot water heaters are similar to HVAC units in that they eventually nearly always need to be replaced. It should be noted on the inspection report if the water heater is sized correctly for the home. There are industry guidelines for new homes that should be followed so make sure the builder is installing the correct unit.

As each home is different so too will each home inspection and when you see the inspectors report it can seem like you're buying a wreck of a house. The inspectors job is to go through all the systems in the home and point out what they have seen and they usually recommend having a professional take a look. It is a good idea to meet with the home inspector when they are done and walk around with them as they show you the issues of most concern. You may find that it is not as ban as it seems on paper.

The Crossings at Flowers Plantation: A New Townhome Community in Clayton, NC If you're looking for a new place to call home in Clayton, NC, look ...Read More 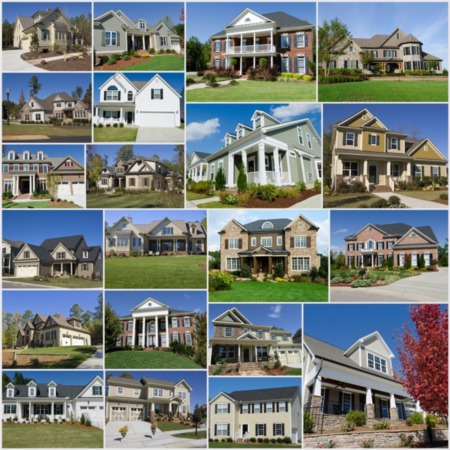 Top Ten Things To Look For In A Neighborhood

Top Ten Things to Look for in a Neighborhood Safety Of The Neighborhood - Crime Rate The safety of a neighborhood is undoubtedly one of the most ...Read More 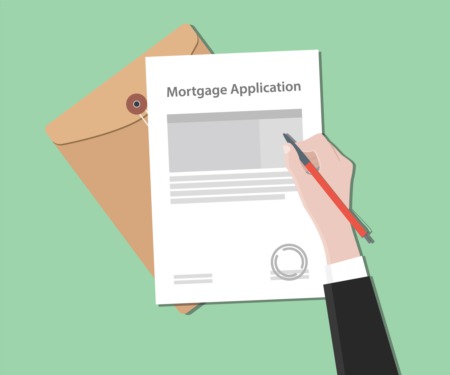 The Benefits Of A Mortgage Pre-Approval