Back to Blog Posts
Prev

Moving To Clayton, NC 10 Reasons To Love It

Thinking Of Moving To Clayton?

What is it about Clayton that has people moving here steadily for years. Moving from northern states like Massachusetts, New York, Pennsylvania, Ohio and  New Jersey. From out west, California, Texas, Arizona and from south of us in Florida. Below is a list of the top 10 reasons for moving to Clayton, NC. In no particular order these are why many folks decide to up stakes and settle in Clayton. Whatever the reason they decide to move most I would have to say are very happy they did, like any change it's not for everyone but more and more are calling Clayton home everyday. If we can provide you with any more information about moving to Clayton or the neighborhoods in Clayton please let us know. 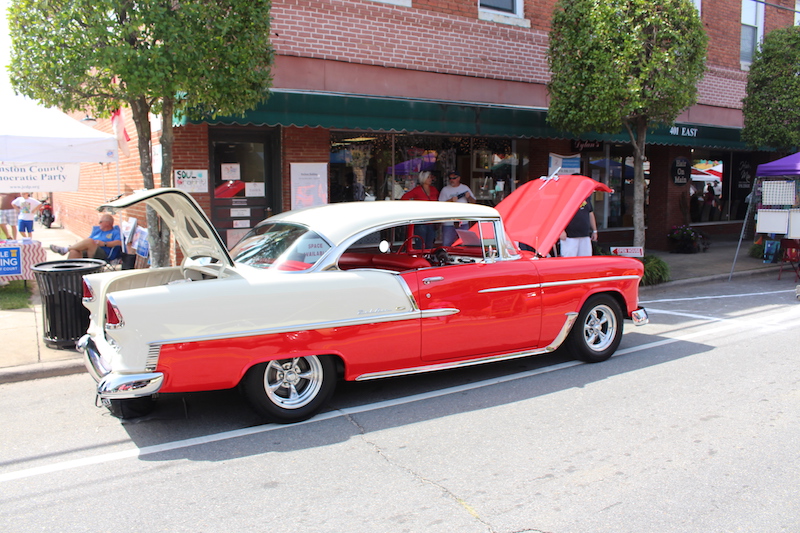 The weather is a huge reason people move to Clayton and if not the sole reason it plays a big role in helping people decide. Certainly one of the most often used expressions I hear from people up north is that they are sick of the cold and the snow. All ages from folks who have lived their whole lives in Boston or Rhode Island finally snap after one more winter of crushing snows and ice to young families who spend too much time indoors in Winter when baseball try outs start in February in Clayton, NC. We get four seasons in Clayton, a mild short  Winter that can get cold and we can occasionally get snow ( it doesn't last!). Spring gets here early with often t-shirts on for the Raleigh  St Patricks Day  Parade. Summer starts off beautifully and gets nice and toasty by the time August rolls around. Fall is probably the best time of year in Clayton with warm days and cool nights and lots of reasons to get outside.

We're Close To The Beach And The Mountains 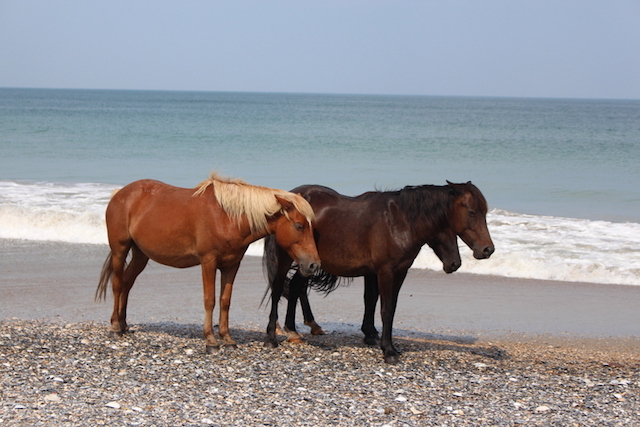 If you can't decide whether you're a beach person or a mountain junkie, living in Clayton you can be at either in a few hours and many people go to both each year. The beautiful beaches at Carolina beach the vibrant city of Wilmington and the small town of Southport are a short 2-2.5 hour drive. Here you can enjoy uncrowded beaches, stroll the boardwalk, and enjoy fireworks in the Summer. Spend a day exploring historic sites in Wilmington, tour the battleship the USS North Carolina and maybe catch a glimpse of a movie star in town to shoot a film. The Blue Ridge and Great Smokey Mountains are about 3.5 hours drive and a popular spot in the Fall as the leaves explode the scene in color. There is lots to do from hiking to taking in the sites and great restaurants in Asheville and local bars in the towns in the mountains. 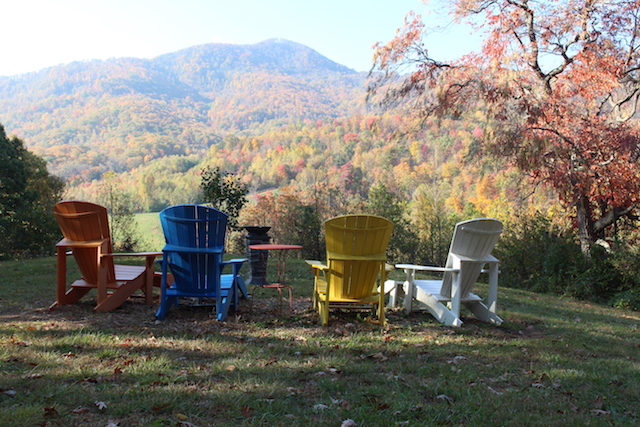 Clayton has long been the place that people choose to buy their homes in because of the value for money and the selection of homes and that is still the case today. There are lots of different subdivisions from large planned developments such as Flowers Plantation and Riverwood Athletic Club to smaller ones like Heritage, Taft Woods East and in between places like Glen Laurel a golf community built around the Neuse Golf Course or the equestrian community in Portofino. Home prices are going up as more and more people decide that moving to Clayton is a smart move. Land is running out in neighboring Wake County and the developers are setting their sights on Johnston County and Clayton. However it is still the place to get a great value in a home whether it is new construction or a resale. Many people moving to Clayton are drawn to the homes for sale on larger more private lots as opposed to neighborhoods where the homes are right on top of one another. Even today you will find new construction homes on large wooded lots in Clayton. 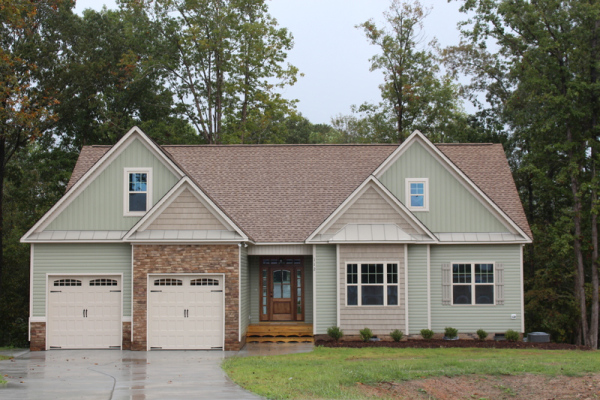 Johnston County Schools operate the public schools for Clayton and the county. Most of the  schools currently operate on a traditional calendar schedule. Students are assigned to a school based on a boundary map that includes the address of the student. There are many excellent schools in the system and it is common for parents to want to live in a neighborhood that feeds into the schools they like. With the growth of the student population over recent years they have built new schools to try and keep up, but certain schools are capped but only for residents who do not live within that schools boundary map.  We always suggest contacting the school system directly to make sure the house you're buying is in the right school assignments.

Clayton is about 15 miles from downtown Raleigh the state capital and as such is an attractive place to live where you can live in a rural setting but be close to all a city has to offer. Raleigh is growing tremendously and is regularly mentioned at the top of lists for business and lifestyle. Raleigh has become a popular dining and entertaining city recently as people move into the downtown district and into small neighborhoods once thought not to be so cool. There are lots of new restaurants recently opened and leading the charge is Ashley Christensen with seven restaurants and bars in downtown. Restaurants from many types of cuisines can be found in Raleigh many in renovated older buildings.  The theater, concerts, museums and festivals are all a short drive from Clayton.

The big news on the job front recently in Clayton, NC was the announcement that Novo Nordisk would be adding to their current facility with the construction of a $1.85 billion manufacturing facility. They broke ground in early 2016 and when completed the plant will employ over 700 workers with an average salary of close to $70,000. This is part of the growing trend of biotechnology companies operating in Johnston County with Grifols also expanding their plant adding an additional 250 workers to its existing workforce of around 1600 employees. There are many large and small business in and around Clayton some well known like Caterpillar which operates a plant on Hwy 42 East and others not so well know but equally important and the list is growing. Drawn by lower operating costs, a trained and educated workforce and a quality of life for their employees companies around the country are moving to the area and bringing jobs with them.

The Town of Clayton prides itself on promoting and supporting an active lifestyle and when you see the parks and walking trails, the events and fitness classes you'll see why. The town has recently expanded the walking trails along the Neuse River to include the Sam's Branch Greenway which is a 1.25 mile paved walking and biking trail. This connects to the Clayton Riverwalk on the Neuse a 4 mile greenway that in turn connects to the Wake County Greenway System. The trails make up part of a state wide endeavor called the Mountains to Sea Trail which connects the mountains to the coast in a 1150 mile journey for hikers. The newest park the Parks & Rec Dept. has opened is the East Clayton Community Park at 1774 Glen Laurel Road. This great park offers a picnic pavilion, soccer fields, multipurpose playing fields, a baseball field, and a one mile trail. This is also where you can catch a game of Rugby which is becoming increasingly popular in Clayton. Along with baseball fields and basketball courts, fitness programs for all ages there is also an 8 mile mountain bike trail in Town at Legend Park.

More and more people are moving to Clayton to retire and they come here for a number of reasons. Often it is because another family member has relocated, a son or daughter who came for college and never left or a job transfer brought them here. Most are coming for the weather and a chance at some more leisure time which is easy to find especially now with the options available in the 55 Plus, Active Adult communities being built in Clayton. These neighborhoods that offer maintenance free living and lots of amenities are very attractive to many folks at retirement age. Combined with the weather and housing opportunities the area around Clayton has some of the best healthcare facilities in the country. Clayton now has a full service hospital with 24/7 emergency department located at 2138 NC Hwy 42W, Clayton, NC 27520

There is a growing number of restaurants, bars, craft breweries and events in Clayton. The downtown part of Clayton has seen the award winning Deep River Brewing Co. open a craft brewery that is very popular. They have renovated an old redbrick building at 700 W. Main Street that now hosts crowds of beer lovers from all over the Triangle. Check them out on Facebook to see what food truck is coming next and what beers are on tap. Just down the road at 3174 US Highway 70 W another craft brewery Double Barley Brewing is making fans with their brews complemented by live music and food trucks, always a fun time. Opening soon on Main Street is Revival 1869 a cocktail bar which joins Manning's Restaurant, Clayton Steak House, Festejos and more on what is becoming a vibrant center of Downtown. The Clayton Town Square Concert Series runs from May through September when the town puts on a free concert once a month. Throughout the year you will nearly always find something on in Clayton whether its the Farmers Market on Saturdays, the Harvest Festival in the Fall or check out Mondo Roots Cultural Arts and Music Festival. 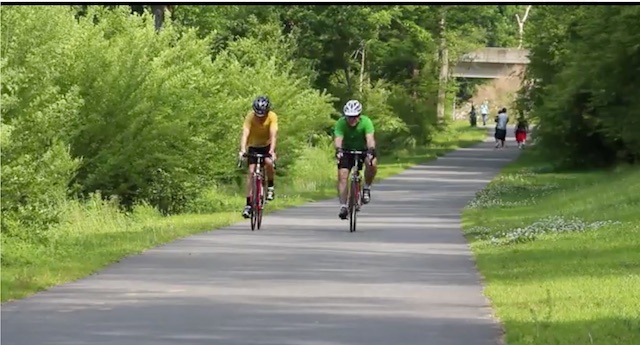 Quality of life is a big reason you'll love living in Clayton and some of the features mentioned above are part of that but the bigger picture is the fact that Clayton offers a lot of what people want in their lives. While it's definitely growing the town and surrounding areas still possess a rural feel with farms growing corn, cotton and tobacco.  Pick your own strawberry farms are all-around us here in the Spring switching to pick your own pumpkin and hay rides in the Fall. A slower pace of life may be evident to some, not all and a welcoming attitude from the current residents, many of whom relocated themselves not that long ago. Finding a home that works for your budget, a job that provides, schools for the kids, a community pool for the summer and the beach not too far away. Shopping, supermarkets, garden centers are all in great supply and close by cinemas, shopping malls  with less traveled highways ( depends on what time of the day!) commuting times are a fraction of some of the bigger cities around the country. Only  30 minutes from Raleigh Durham International Airport, Clayton is easy to get to and get out of. If you're heading north or south take Hwy 42 East for 20 miles past Percy Flowers Store and you've reached I95. 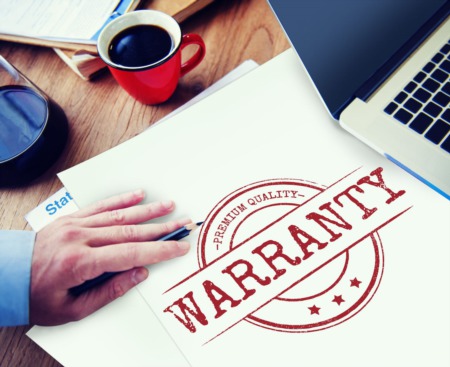 Is A Home Warranty Worth The Money

What Does A Home Warranty Cover And Is It Worth It? A home warranty will normally cover a list of standard items found in your house with optional ...Read More

Every Home Has Some Issues... You're buying a home and one of the first things you do is order a home inspection, here are four of the most common ...Read More 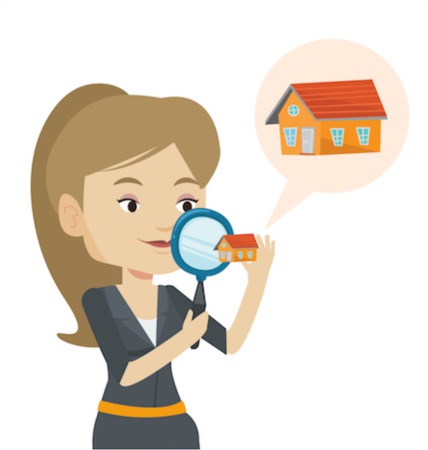 Seven Things Every Home Buyer Should Check For Themselves

Where Does The Info On That House Come From? Home buyers looking online on either big real estate portals like Realtor.com, Zillow or local real ...Read More

Is A Home Warranty Worth The Money